For several years a rock sat on my desk in my study. I have my friend Brian Phipps to thank for it.  One day over breakfast he told me about what he was preaching on the next Sunday here are RMC. I liked it so much that I went out and found me a rock.

The outline of what Brian shared with me then I share with you again now.
Brian’s sermon was on I Samuel 7: 7-13. It was about the days of Samuel, the prophet, when there was no king in Israel. They had no standing army, but they had a mortal enemy—the Philistines.

The Philistines have been pushing the Hebrews around for decades. In 1 Sam. 4, they fought at place called Aphek. To assure victory, the Israelites carried the Ark of the Covenant into battle. In the past, whenever they had the Ark, they won. The ark represented the Glory of the Lord, and God never failed them. Everyone believed that with the ark there, they would surely win.

It didn’t happen. The Hebrews lost. Philistines killed the sons of the high priest and captured the Ark. When the high priest heard about the defeat, he fell over and broke his neck, dying instantly.
Imagine how awful this was to the Israelites!  They lost their king, their high priest, and the Ark.  No wonder one of the women of Israel named her child Ichabod— “The Glory of the Lord has departed.”  That’s how they felt in those days.

Have you ever felt the sting of a defeat like that? I did once. Twenty-three years ago, I became pastor of one of the largest churches in our denomination. It was the job I’d always wanted. I took enormous amount of pride in my accomplishments. But after eight years of being pastor of that church I was tired, broken, and defeated. I felt that I had accomplished nothing. I felt the glory had departed from my life and ministry.

One day, I preached a sermon on the call of Abraham and revealed that God had called me away from the church, but not to anywhere. I tried to appear brave, but I really was scared. I truly felt as if the glory had departed.

It was also a time of great personal change in our family. All three of my daughters left home at the same time—one to marriage, one to school, and one to Japan. We lived in a manse, so we were giving up our home. Not only that, but Joy had to give up her job, and we had nowhere else to go. Everything was changing for us.

That’s when I talked to Brian and picked up my rock.

Richard Rohr calls this sort of time in our lives liminal space. Liminal means “doorway.” It a time when everything starts to turn, and we have no idea where it will lead. It’s It is a time when things are changing for us, but we don’t know how they will turn out. There are times when we can go for weeks, months or years when nothing changes in life. Day after day moves on and things pretty much stay the same. The stream of life is slow and steady. Then suddenly we hit the rapids, everything changes. Back in 2002 was one such time for us.

Last November, I was praying, and I felt the Spirit of God speaking to me that everything in our lives was going to change, and it is. This year we are back in that doorway, liminal space. We are experiencing the loss of our parents, retirement, a new grandchild, and our other grandchildren moving away. Joy has had two surgeries, we are faced with major home repairs, and I am back in school, going though a new round of education for a new role. For years, everything went on with relatively few changes, and then suddenly everything is changing for us again.

Our changes are minor, though compared to the changes that many of you have endured over the last few years, which have been far greater than ours. Many of you are living in changing times in your own life.

And you as a church are back in liminal space, doorway space with us. Nothing is certain any more. But one thing is certain. God is still in control.

God doesn’t work on a schedule. When He gets ready to move, it’s in His time and in His way. Back in 2002, we prayed for about a year over what we were to do next, and the Lord didn’t seem to be giving us all the answers. During that times, He answered our prayers one by one, but not all at once, so we lived in uncertainty and confusion. We could see the glory of the Lord, felt His presence, but we were uncertain of His will.

When the Philistines stole the ark, it took a long time for God to show what He was doing. But eventually He did.

First, we see what happened to the ark in 1 Samuel 5. It gave the Philistines nothing but trouble.

The Philistines were afraid of the God of Israel.  Yet while the enemies of God recognized the power of God, the Hebrews did not. They were still discouraged, still defeated—they felt their glory had departed.

The people of Beth Shemesh were the first to see the ark return. Farmers in the field saw the ark returning, and they shouted for joy. God had restored his glory.

I mentioned the ark was in the Tabernacle. A tabernacle is a tent, not a building. It is like one of those elaborate tents that Arab sheiks still erect in the wilderness. It is a moveable temple for sacrifice, designed to be carried with the people wherever we go. It was a reminder to the people that they were not yet home.

The Israelites were very much like us. We don’t want a tabernacle. We want a house. We don’t want to change but we must. Our mansion has not yet been built. It will be waiting for us in heaven. Until that time, we will always be somewhere in the doorway of life, expecting to move on eventually.

In 1 Samuel 7, Samuel the prophet called the people together at a place called Mizpah. There they wept and fasted for God to make clear His will. The Philistines were out there, waiting to fight, but the people bowed their heads and their heart before God. Some might have thought this was foolish, praying and not defending, but Samuel knew better. When we are in the doorway, we don’t know what’s out there. But we are trusting God to make things right.

Liminal space is the perfect place for Satan to attack. It is a moment when we are most vulnerable.  It is important at those times to be on our most trusting. At this time while the Israelites were praying, the Philistines launched a raid. If it were successful, Israel would have ceased to exist.

But they were not successful. Verse 10 says, “That day the LORD thundered with loud thunder against the Philistines and threw them into such a panic that they were routed before the Israelites.”
The Philistines went into a panic. After prayer, all the Israelites had to do was to go out and rout the stragglers. The victory was the Lord’s. If it weren’t for God’s thunder, they would have been dead meat.

Samuel never let them forget the day that God delivered them from the Philistines, so he picked up a rock and set it on the ground. He called the rock and the place Ebenezer--the “stone of remembering.” Ebenezer means, “Thus far has God helped us.”

In times of change, we don’t have to know how things turn us. We only need to remember God is in control. Look how far God has brought us today.

This church was founded in 1952. It has endured pastor after pastor—some who were good and some not so good, several splits, a relocation, building programs, phenomenal growth and phenomenal shrinkage, strife and unity, blessings and disappointments. Has the church always made right choices?

No. Has God cursed or judged it for its wrong choices? No. Like all living things, this church has endured its ups and downs, good times and bad.

Don’t be afraid of it changing again. Don’t assume that change of any kind is bad. Change is the natural state of all living things.

Don’t focus on what’s bad about change, but realize that every change is God’s invitation. Don’t look backwards through the doorway, but have the courage to face what is coming. God got you though the next doorway like he got you through the last if you will just keep holding His hand.

But do this one thing. When you get through the door, put down a stone of remembrance—your personal Ebenezer. Remind yourself of it from time to time. Look back and see How God has carried you in the past, so you will remember not to panic in the future.

Remember your Ebenezers—those times when God helped you. It may be the time when you first met Jesus. It may be a time when God provided you a job. It may be a miraculous healing or when some loved one trusted Christ. Record and remember God’s interventions in your life.

The Israelites had short memories, it didn’t take them long to forget the Exodus, the Red Sea, the quail, and the manna. Samuel wanted to make it sure they would not forget this victory, so he put down the rock and encouraged others to do it, too.

So, when Brian told me about his sermon, I went home and got a rock. I put nothing on the rock then--I just picked it up in faith. I didn’t know where or how I would know that the glory was returned, but I wanted to be ready when it did. So, I took a rock from that place, and brought it to this place.

Today, I raise my Ebenezer. God has blessed me, and He has blessed you, too. Wherever He may take us in the future, we can look back on this day, this place, and know the faithfulness of God.

God is our help. His glory is with us. If I remember that rock, I will remember that day. God helps us to never forget His blessings again.

Other blogs by Bill 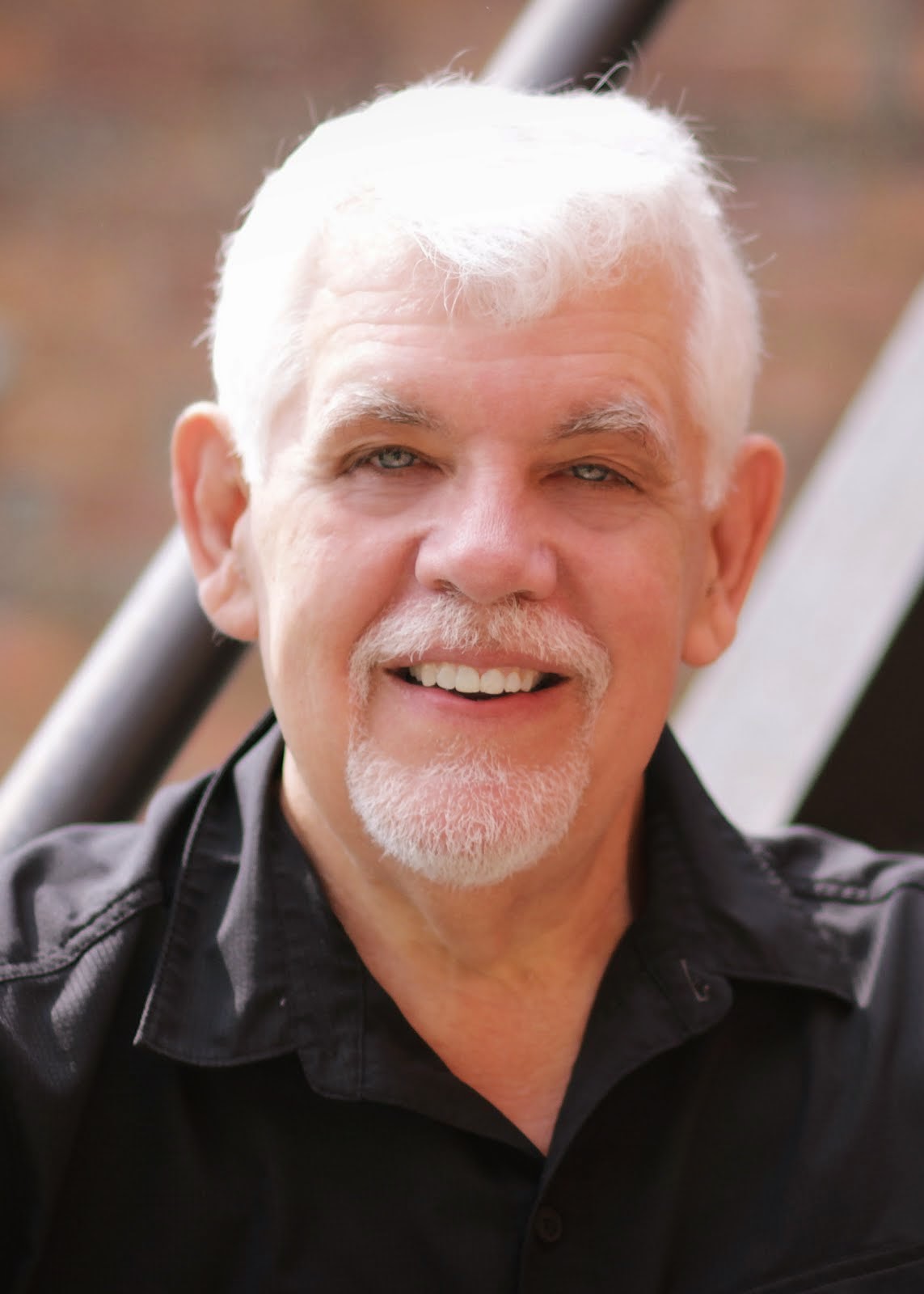